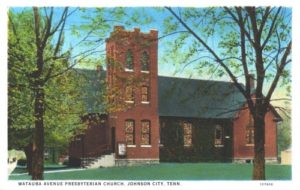 “Let your light shine before all people, that they may see your good deeds, and give praise to your Father in heaven.” — Matthew 5:16

For 130 years, Watauga Avenue Presbyterian Church has been an important presence in the Tri-Cities and beyond.

However, many areas of the South remained loyal to the Union, and those Presbyterian churches continued to be part of UPCUSA. In 1892, when a small group of Presbyterians in Johnson City wanted to organize a new church, the group expressed a desire to be associated with UPCUSA as well.

For the first two years, Watauga Avenue Presbyterian Church services were held in local school buildings. In 1896 a small brick chapel was built and dedicated at the corner of Watauga Avenue and New Street. The first addition to the building was a bell tower, and each Sunday the bell rang before services.

Over the years, women have been important to the church, not only within the organization but also in the community of Johnson City. Three female members of the Watauga Avenue Presbyterian Church were among the charter members of “The Ladies Reading Club,” a group that started the first library in Johnson City. 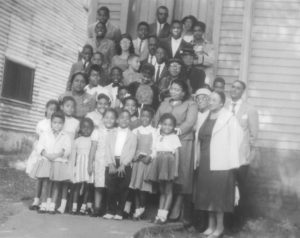 In 1969-70, a new sanctuary was constructed, and this is the sanctuary that is still used today by the church. 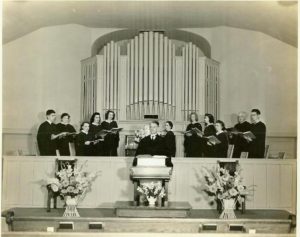