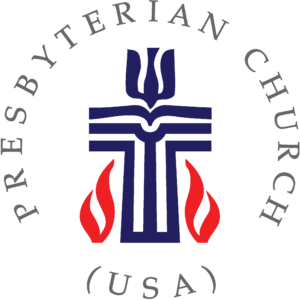 “In gratitude to God, empowered by the Spirit, we strive to serve Christ in our daily tasks and to live holy and joyful lives, even as we watch for God’s new heaven and new earth praying, ‘Come, Lord Jesus.’” —From “A Brief Statement of Faith”

Presbyterians trace their history to the 16th century and the Protestant Reformation. Our heritage, and much of what we believe, began with the French lawyer John Calvin (1509-1564), whose writings crystallized the Reformed thinking that came before him. Calvin did most of his writing from Geneva, Switzerland. From there, the Reformed movement spread to other parts of Europe and the British Isles.

Many of the early Presbyterians in America came from England, Scotland and Ireland. The first American Presbytery was organized at Philadelphia in 1706. The first General Assembly was held in the same city in 1789, led by the Reverend John Witherspoon, the only clergyperson to sign the Declaration of Independence.

At the core of Presbyterian identity is God’s freely given gift to us of undeserved love and grace through the person of Jesus Christ. We believe Christ died and rose for us that we might belong to God, empowered to live lives of gratitude. Presbyterians seek to love others and serve as Christ’s hands and feet in the world. We are deeply engaged in the world and constantly seek thoughtful, generous outcomes to the many challenges of our time.

The Presbyterian Book of Order (part of our constitution) states: “In affirming with the earliest Christians that Jesus is Lord, the Church confesses that he is its hope, and that the Church, as Christ’s body, is bound to his authority and thus free to live in the lively, joyous reality of the grace of God.”